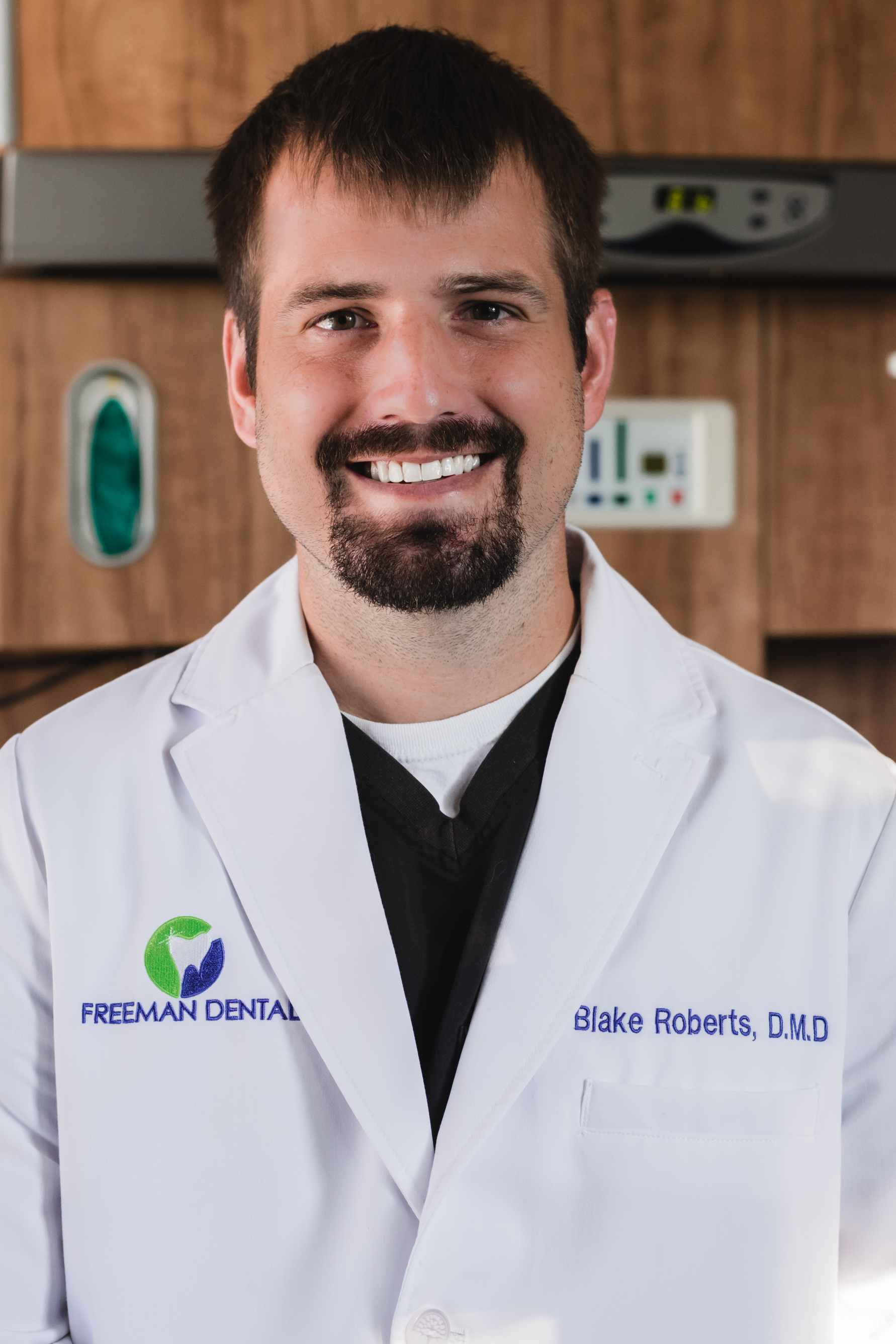 Dr. Thomas B. Roberts is from Ballard County. He played baseball for Ballard Memorial and graduated as Salutatorian in 2012. He continued his education at Murray State University where he earned a Bachelor of Science in Biology in 2015. After a year off working at the Ballard wildlife management area, he left for the University of Kentucky College of Dentistry and graduated in 2021. He received the award for Excellence in Prosthodontics.

Dr. Roberts enjoys being outdoors, hunting, and fishing. His family owns and operates Wings and Water Hunting Club in Oscar, KY. Dr. Roberts is married to Gabrielle Roberts who also practices as a dentist in Missouri, and they have a puppy named Mia.